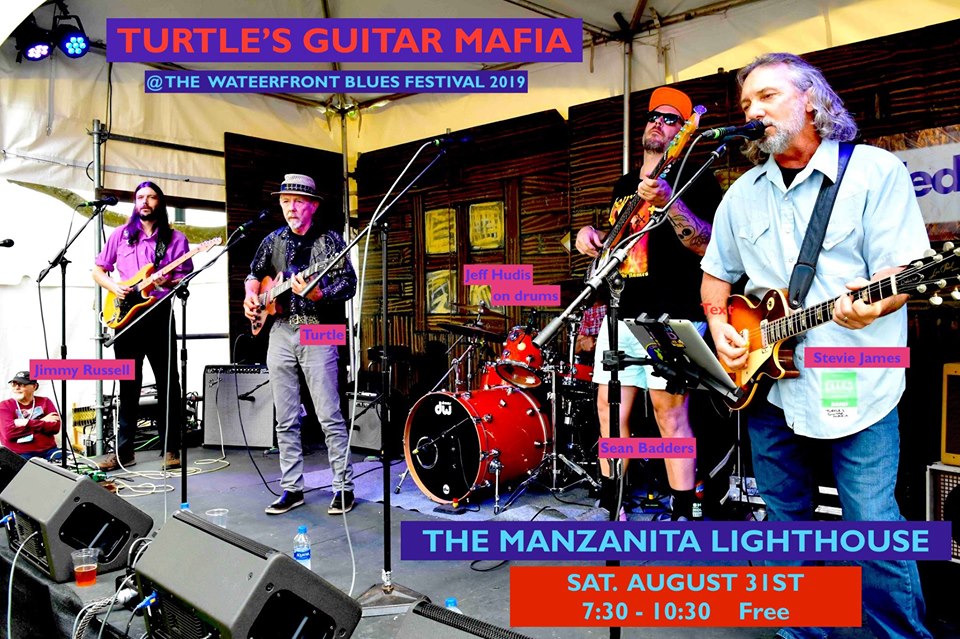 Oregon music legend, Turtle VanDemarr, has performed in many influential bands over the years. Lead guitarist for Dan Hicks and the Hot Licks, the Fly-By-Nite Jass Band, The Freak Mountain Ramblers, Anita Margarita and the Rattlesnakes to name a few. Having been a regular in the Portland Music scene since the late 60’s, he is widely known for the versatility of his guitar playing styles.
Turtle has been compared to Django Reinhardt and Jerry Garcia in the San Francisco Chronicle. As a member of the Oregon Music Hall of Fame, he is routinely hired by nationally touring acts.