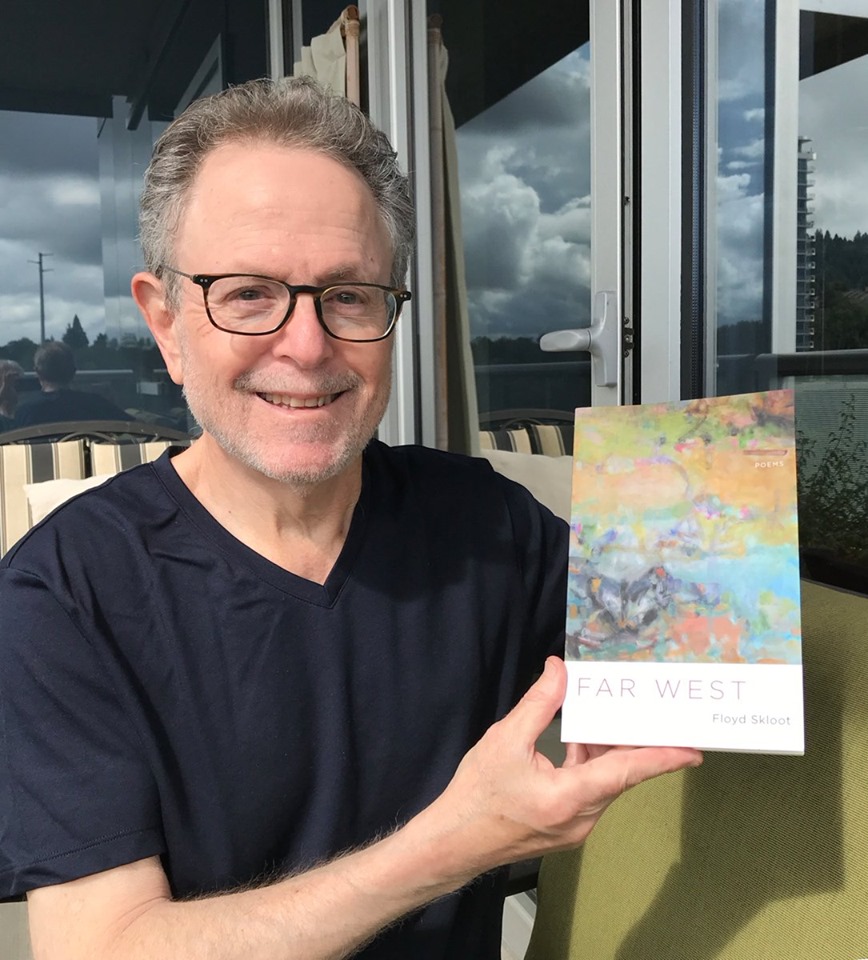 The Manzanita Writers’ Series is delighted to welcome back Floyd Skloot who will read from his latest poetry collection, Far West, at 4 pm at the Hoffman Center for the Arts in Manzanita on Thursday, November 7th.
Floyd Skloot’s Far West intertwines the past and present, as time alternates between racing and standing still. Crafting poems that confront memory lapses and painful recollections, Skloot traces his moments of purest perception and expression: his wife practicing music, his daughter finding delight in the presence of wildlife, Vladimir Nabokov able to lose himself when playing goalie in a soccer match.
In poems that range from traditional forms and short lyrics to longer narratives and free verse, Skloot explores how emotional experiences–memory and forgetting, love and loss, reverie and urgent attention–all come together in our search for coherence and authentic self-expression.
Floyd Skloot is a poet, creative nonfiction writer, and novelist whose work has won three Pushcart Prizes, a Pen USA Literary Award, two Pacific NW Book Awards, and two Oregon Book Awards.
His writing has appeared in numerous publications, including The New York Times Magazine, Atlantic Monthly, and Harper’s. His nineteen books include several memoirs, novels, and poetry collections.
He lives in Portland, and sometimes in Manzanita, with his wife Beverly Hallberg.
The Manzanita Writers Series (MWS) is a program of the Hoffman Center for the Arts. For information on this and other programs in MWS, visit https://hoffmanarts.org/writing/manzanitas-writers-series/

Hoffman Center for the Arts is located at 594 Laneda Avenue in Manzanita, OR.