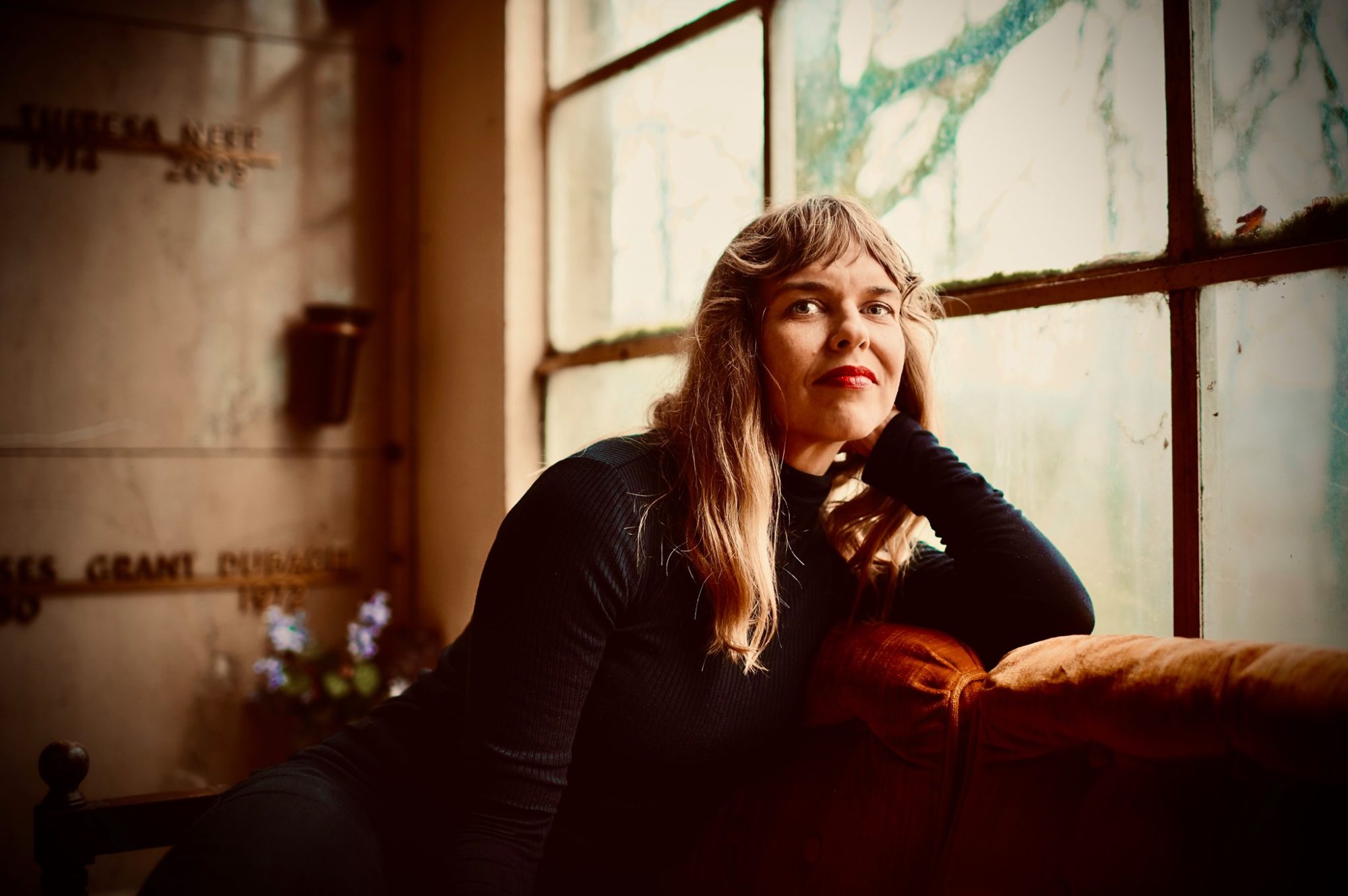 ABOUT KATHRYN CLAIRE TRIO:
With her violin and voice at the center of her music, Kathryn Claire weaves together stories and melodies rooted in her classical and traditional musical background while infusing each song and composition with an energy and electricity that is palpable. Her musicality and joy on stage is infectious. Honest and poetic writing, crystalline vocals, impassioned violin compositions, and an ability to move seamlessly across genres, are the hallmark of Kathryn Claire’s original and diverse sound. Utilizing the immense talent of her trio featuring Allen Hunter on bass, and Sid Ditson on violin, Kathryn Claire delivers her own unique brand of harmonic indie-folk music.

She will be touring in support of her latest album, Eastern Bound For Glory. The masterful 10-song release signifies a homecoming to her solo career and back to her beloved home state of Oregon. Intriguingly, it’s an aesthetic departure from her previous work in that the record explores bold indie rock instrumentation and vibey spaghetti western atmospherics.

Kathryn was inspired by her life on the road over an intense period of touring internationally. “I caught a lot of these songs during sound checks, while in green rooms, and while staying in other people’s apartments. It was a blur, but, throughout it, it was like my voice was calling to me,” Kathryn shares.

Kathryn has previously issued five solo albums over 20 years. In that time as a songwriter, violinist, guitar player, and singer, she’s homed in on an elegant folk aesthetic that recalls the literate and sophisticated musicality of Joan Baez, Joni Mitchell, and traditional folk music. Outside of her solo career, Kathryn has toured, performed and taught extensively in the US, Japan, The Netherlands, India, Belgium and France.

Allen Hunter has been playing live and recording with Portland area songwriters and bands for the past 20 years and has been touring internationally for the past 10 years with LA-based band, Eels. He has also recorded with the Eels on Vagrant Records, Michael Dean Damron & Thee Loyal Bastards on Rosa Records, Black Angel, James Low, Alan Charing, The Vibrasonics, Jim Mesi to name a few.

Sid Ditson has been playing violin since childhood. Sid loves to explore the sometimes irreverent blend of fiddle and violin styles, and brings to the stage and studio a versatility with the instrument that is truly unique. Classical, indie, bluegrass, Celtic and improv are all a part of Sid’s pallet, along with an exquisite tone and depth of expression. Sid is often caught grinning while playing, finding it impossible to hide the immense joy that music brings.