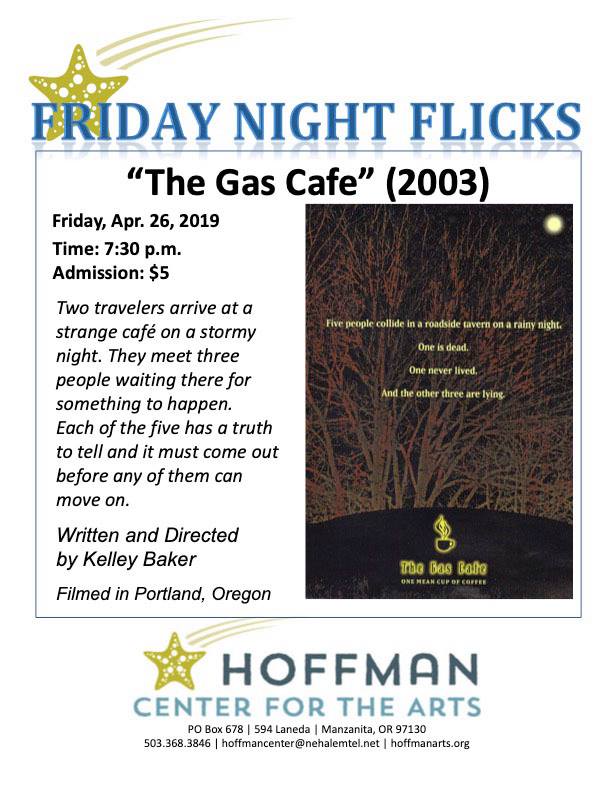 The Hoffman Center for the Arts in Manzanita will screen the 2003 mystery film “The Gas Cafe,” directed by Oregon independent filmmaker Kelley Baker, Friday, Apr. 26, at 7:30 p.m. Admission will be $5.

Written by Baker and Bruce Lacey, the dark drama tells the story of two travelers who stumble into a strange café after their car ends up in a ditch. Located somewhere between Heaven and Hell three people await them. All five have a truth to tell and it must come out before any of them can move on with their personal journeys.

In addition to making his own films, Baker served as sound designer on six of Gus Van Sant’s feature films, including “My Own Private Idaho,” “Good Will Hunting,” and “Finding Forrester.”